Engaging Cultures Tunisia recently had the privilege to help refugees pouring in from Libya.  I volunteered for five days with a small group of internationals and Tunisians that cooked hot meals and served them to the refugees, mostly from Bangladesh, Vietnam, Ghana and Nigeria.

Each day, we prepared and distributed one hot meal in the late afternoon/evening for about 10,000 people.  When our food ran out, there remained a line of people waiting to be served that was longer than when we started serving.  The numbers of people were unfathomable.

I was most impressed by the generous response of the Tunisian people who, after experiencing their own revolution in January, provided nearly 100% of the food and supplies at our camp.  The overwhelming amount of food came from private individuals, extended families, neighborhoods, Tunisian business, schools and community groups.  Everyday caravans of cars, vans and trucks drove down to the border from as far as ten hours away to drop off the supplies.

I borrowed much of the below content from a friend who joined me:

It is hard to convey the sheer magnitude of the place, both in size and number of people.  One day a flood of 20,000 people unexpectedly walked to our camp overwhelming the military and volunteers. “It was constant work so it was difficult to break away and take pictures.  Mostly, however, it was hard to disengage emotionally and treat the situation as if I were just a tourist.” 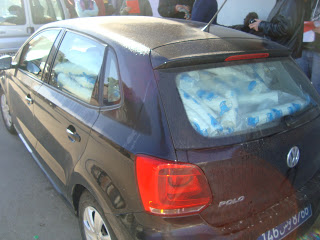 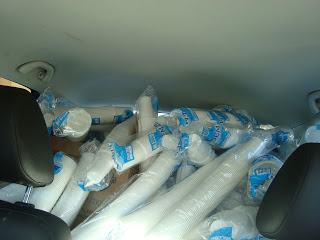 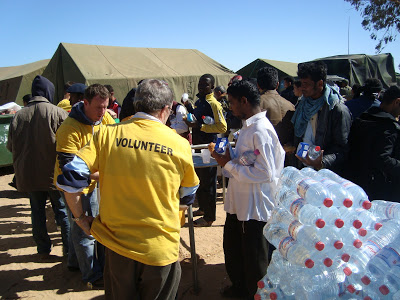 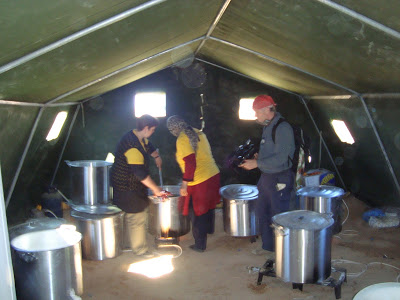 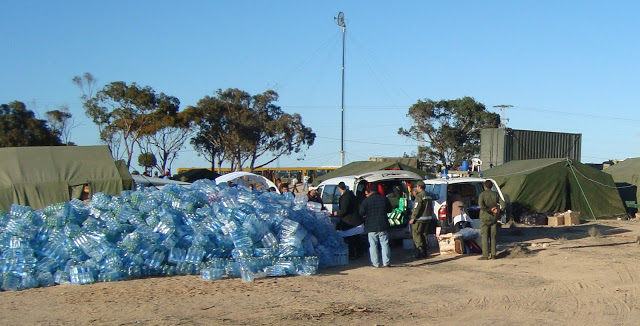 It was truly a  joy to work alongside Tunisians from all different backgrounds, helping others with a need. I can honestly say that in my everyday life here in Tunisia I also have been the recipient many times over of the same generosity and concern from locals that I observed at the border.

About the Author: David

This website uses cookies to improve your experience while you navigate through the website. Out of these cookies, the cookies that are categorized as necessary are stored on your browser as they are essential for the working of basic functionalities of the website. We also use third-party cookies that help us analyze and understand how you use this website. These cookies will be stored in your browser only with your consent. You also have the option to opt-out of these cookies. But opting out of some of these cookies may have an effect on your browsing experience.
Necessary Always Enabled
Necessary cookies are absolutely essential for the website to function properly. This category only includes cookies that ensures basic functionalities and security features of the website. These cookies do not store any personal information.
Non-necessary
Any cookies that may not be particularly necessary for the website to function and is used specifically to collect user personal data via analytics, ads, other embedded contents are termed as non-necessary cookies. It is mandatory to procure user consent prior to running these cookies on your website.
SAVE & ACCEPT
Go to Top